Bradford is a great place to live, or invest in apartments or flats. Here’s why. 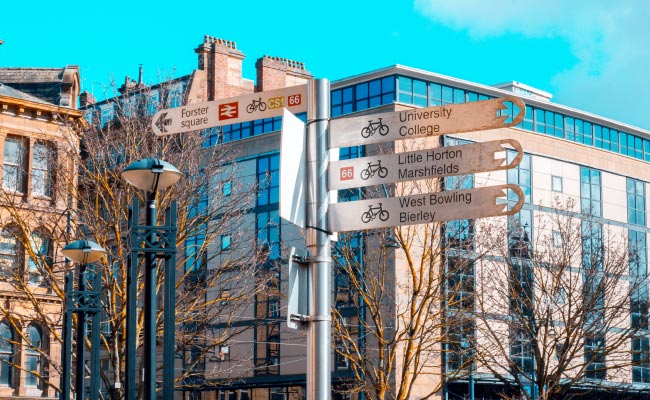 The comparison site TotallyMoney found that in 2018 the BD1 postcode had the second highest rental yield in the UK. Attracting students, young professionals and families, demand and rent is high in comparison to the average house prices which have remained affordable. Bradford BD1 generates yields of 10.33%, while the national average is only 3.3%.

The spectacular £260 million Broadway Shopping Centre opened in 2015 and is home to over 80 shops and restaurants, 70% of which were completely new to the city. A catalyst for change, over 100 shops, bars and restaurants have opened their doors in Bradford in the past three years.

The Bradford economy is worth over a staggering £9.5 billion. The 5th largest city in the UK, its growing population is over 526,000. The Broadway and surrounding shops, bars and restaurants attract millions of consumers every year. Over 40 large companies with a combined turnover of £30 billion are headquartered in the district.

FiveOpportunities across industry sectors for employment

The Growth Zone is a £35 million initiative, helping new and existing businesses in Bradford through professional and financial support. Currently boasting a thriving digital and creative sector presence, the largest manufacturing employment base in the UK, and a financial and business services sector that generates over £13 billion every year, it’s not difficult to see why Bradford is one of the fastest growing cities in the UK.

Here at Squarefoot Apartments, we’re excited for the future of the Bradford district. The message is clear; now is the time to invest in this growing city.

Contact us below to find out more about buying property or investing in Bradford.